What are Smart Weapons and How are they used in the War?

We all have seen countless movies that showcase futuristic weaponry and warfare. While most of those depictions sound ludicrous in real life, many of those ideas paved the way for upgrading to modern smart weapons. Countries have spent billions on research and development of smart weapons and those projects date back several decades. Surely, the advancements in science have made it easy to move from conceptualization to the development phase. If you are still wondering “what are future weapons?”, this post will give you a clear idea about the latest smart weapons that are deployed on war grounds.

What are Smart Weapons?

The definition of a smart weapon is that they use ingenious methods to improve the effectiveness of the weapon and render more damage. They require less manual intervention and make use of microcontrollers to automate the working procedure. Moreover, they protect the military person and try to lessen their chances of damage/ fatality in high-risk environments.

Armatix Smart Pistol – Smart Guns With Fingerprint Sensor appears like a fingerprint-operated weapon. But the reality is otherwise. It is a complete kit with a smartwatch that uses the RFID concept to activate the smart gun. Without the watch, you won’t be able to fire shots of the Airmatix smart gun. The watch keeps track of the stats such as the number of shots fired from the gun, the level of charge remaining in the gun and watch, and other useful stats. 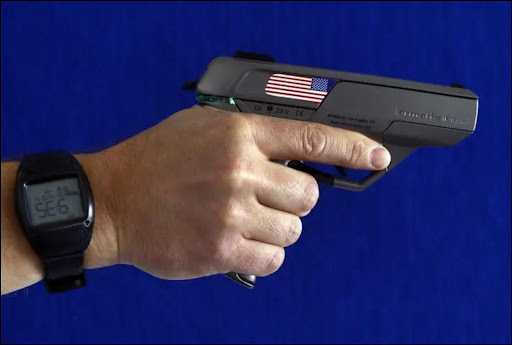 There is also a feature to turn the gun off after a set timer duration. Other addons for the Armatix smart pistol include a Target Response System (TRS) which can be controlled to fire only toward a permitted target object. The gun won’t fire at anything else than the set target.

XM7 Spider Anti-Personnel Smart Mines replace the traditional Claymore mines which have been in use for decades. These smart mines can launch six grenades in addition to the mine and can target six different directions individually, or at once. The main feature is that it cannot go off if someone steps foot on or near them.

It is completely safe and minimizes the chances of civilian casualties and animals that might come near it. XM7 Spider Anti-Personnel Smart Mines are remote-controlled and can be detonated only with the help of the additional remote control board. It has a lot of sensors that can detect the enemy’s presence and movement and once the team is sure of that, they can fire grenades with the push of a button. 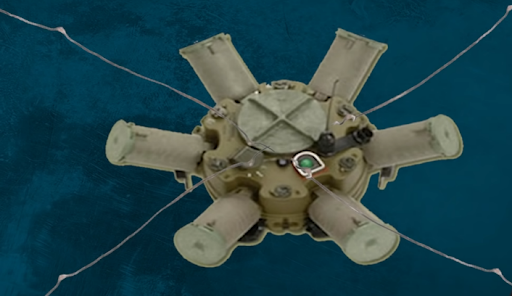 These smart mines go inert if someone tries to tamper with them and repurpose them on the field. The grenades can be replaced by stun grenades or smoke grenades to use in non-lethal force situations. XM7 Spider Anti-Personnel Smart Mines is battery operated and lasts 30 days on a single batch of Duracells. It is twenty times more costly than a Claymore mine, which makes it difficult to deploy everywhere due to budget constraints.

We understand the concept of bullets as a projectile that has a linear direction. Once it is launched, there is nothing that you can do about it. It is a stationary target and the aim was good, along with decent weather conditions, it will hit the target. Smart Bullets try to challenge this concept by offering precision-guided ammunition that can change trajectory midway. Yes! these bullet rounds can mark the target and they hit it even if the shooter has a flawed aim or the weather and winds are very rough. 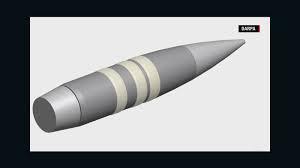 The smart bullet has an optical sensor that finds out what/who is the designated target. The shooter has to shine a laser light on the target and the bullet’s optical sensor will follow the laser’s path. Even if the shot is off-balance, the actuators inside the bullet will change their trajectory and follow the laser-guided path. So, the bullet will hit the target no matter what. Every country has tried to come up with their implementation of smart bullets but most of them have been just empty promises. However, these smart bullets, if implemented on scales, can help snipers never miss a shot. They are also good for moving targets such as vehicles which are difficult to bring down with a single shot.

Weapons used in warfare are big and burly – which makes them pretty easy to spot using thermal imaging. While most of the efforts are towards making weapons powerful, a company thought that hiding them on the battlefield was important too. Thus, the adaptive camouflage idea was born. These are adjustable honeycomb design plates that can be placed on top of any heavy-duty military vehicle such as helicopters, naval ships, and tanks to hide them in plain sight. 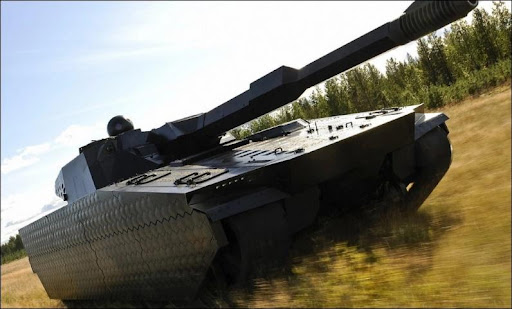 The plates reflect the light off and are also untraceable by most thermal imaging systems in place. So, if someone makes a move at night with the adaptive camouflage, finding or detecting them would be next to impossible. They mask the vehicle’s infrared signature which is why the thermal imaging systems fail to detect if any heavy weaponry has entered the premises at night. The only problematic aspect of adaptive camouflage is its weight which can be troublesome for aerial vehicles.

A single taser gun can incapacitate one or two people at best. The Taser Shockwave does that on a very larger scale and fires taser shots that can fire eclectic current up to 25 feet. Furthermore, they are highly modular and may be utilized to build a large wall of Taser Shockwave modules capable of bringing the unyielding riot throng to its knees. Taser Shockwave is a very effective riot control device that doesn’t need manual aiming because of its wider range. 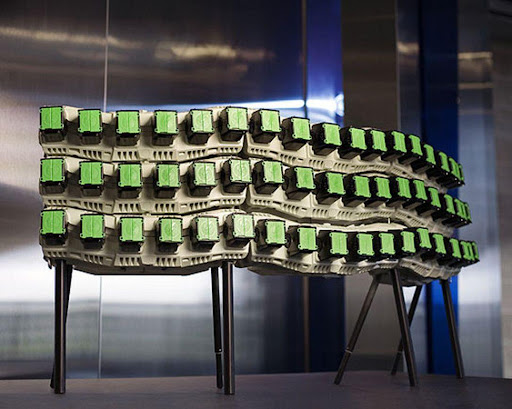 An Armed Robotic System is a remotely operated robot heavily loaded with guns and ammunition and has a 360-degree view. A trained soldier can use it for reconnaissance missions and scan the area for enemies before the actual troops move in. It is fairly big and does more than just double up as a tracking device. It can even drag wounded soldiers from the battlefield and bring them to medical camps and receive treatment. The key takeaway is that the Armed robotic system is still remotely operated and may become capable of tracking the area and dealing with surprises without manual intervention. 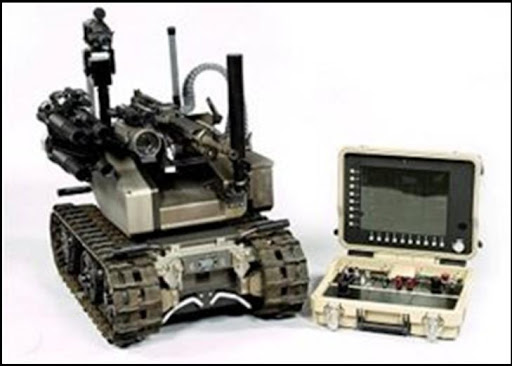 When talking about smart weapons, we certainly cannot leave out the concept of exoskeletons. A human Load Carrier multiplies the strength and reduces the effort of the person by using hydraulic technology. You may think why would you need to carry something when we already have vehicles but that is not true. Not all terrains are plain and easy to drive a vehicle on, and you need the soldiers to carry objects in these areas. The Human Load Carrier can reduce the burden and exhaustion of the soldiers while providing them with adequate support that they may need on the field. Thus, the troops can carry the load for an extended period of time. 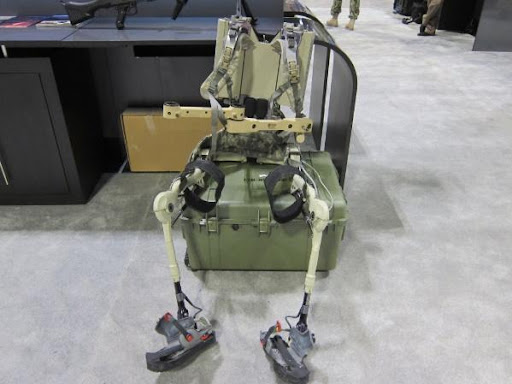 The hybrid Insect is also a concept straight out of science fiction and it has been in the works since the late 1950s(supposedly). It aims to create hybrid insects that can be used to scan and traverse the enemy area and remain undetected due to their small size. Going by the images, it is just strapping tech modules onto small insects and then using them for ground and aerial reconnaissance. There are no records of such projects ever racing the testing phase but it is an interesting concept in the realm of smart weapons. 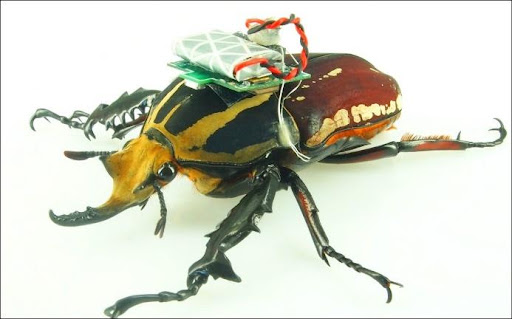 These were the best smart weapons that will surely make their way to the battlefield someday in the coming decades. You have to understand that the smart weapons industry requires a long time because they have to pitch-perfect every feature of such intricate devices. Squeezing all the technology into a small frame is no easy task but some military organizations have displayed compelling progress over the years. Consequently, these smart weapons will shape the future of countries with shared borders but we hope that no two countries have to ever go to war again.