Human augmentation that exactly replicates or imitates a human body function such as hearing, vision, prosthetic limbs, etc., and helps in regaining that function lies in the category of replication human augmentation.

Supplementary augmentation increases the human body’s functions and abilities to a certain extent. If this goes beyond the extent of a basic increase, such as a working exoskeleton, it can be separately classified.

RoboGlove found its primary user base in astronauts. This smart glove is a perfect solution of human augmentation that lets the astronauts apply adequate force in space while working with their hands. RoboGlove was a perfect solution to reduce muscle fatigue of astronauts working in space. Now, it is making its way to a mainstream audience on earth where it can be used by workers in industrial and other application sectors.

The glove is operated by a battery which runs power to the glove via a cord. RoboGlove uses synthetic tendons that supplement the power required to hold the tool in place. By using RoboGlove, professionals handle heavy tools and equipment and experience less overall fatigue in their limbs.

The Naked Prosthetics is a perfect example of human augmentation that has practical application in real-life. Naked Prosthetics specializes in finger prosthetics and helps in restoring normal finger functioning. It is a non-technical prosthetic device that does not require a battery to operate. The user can wear it and it exactly mimics the functions and responses of the human fingers. It is imperative to note that Naked Prosthetics deals with amputation solutions for fingers only.

Naked Prosthetics has three devices in its lineup that can restore the partial or total loss of a finger or multiple fingers with the help of prosthetics. The products are composed of durable metal that can withstand load and pressure while working with tools and types of equipment. Most finger and palm-related accidents happen with handymen and repair professionals, and there aren’t many brands that specialize in finger prosthetics.

Teslasuit is a full-body suit that offers immersive VR capabilities to the users. Unlike the traditional VR experience where you can only see and interact with limited objects, Teslasuit provides haptic feedback while performing each of the movements. Think of a windy day, when you can feel the resistance of the wind against your body, or a moderate rainfall in which water droplets fall on your body with a certain force. Such types of real-life haptic feedback can be experienced after you put on the Teslasuit. 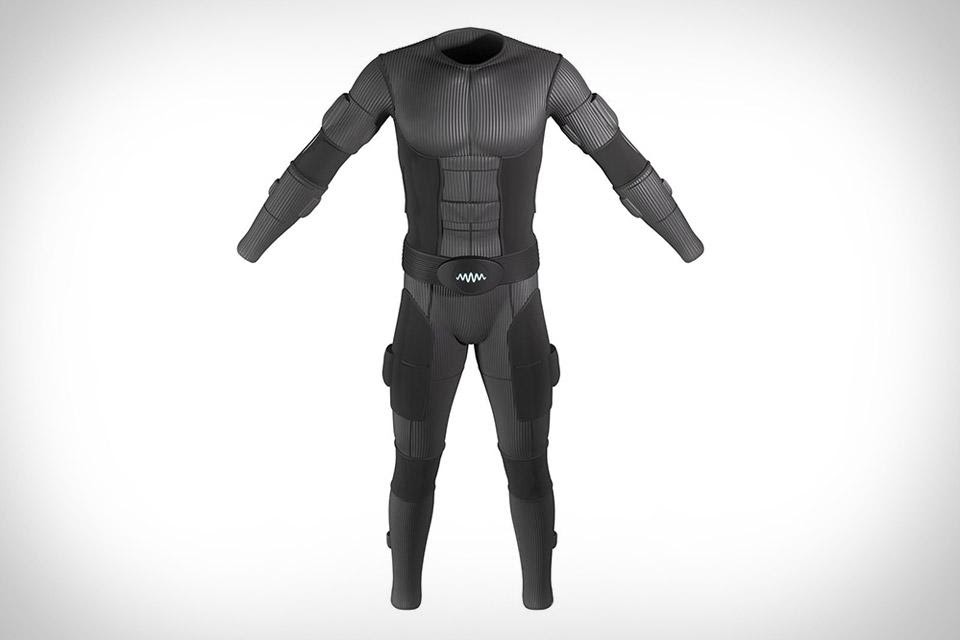 The application areas of Teslasuit make it a lucrative proposition in the human augmentation industry. Its suits are useful in measuring and improving an athlete’s performance, building their muscle memory, and even using the suit for rehabilitation purposes after an injury. Similarly, Teslasuit can come in handy in training and measuring performance in critical situations and preparing better for them. Simulated VR environments can present a life-like scenario and the suit can measure the strong and weak areas of the professionals.

The Hololens is the most ambitious project of Microsoft, at least in my opinion, and is a befitting example of technology that offers human augmentation. Hololens was called an AR device but now the brand terms it as a “Mixed Reality” gadget that seamlessly blends the real world and virtual world. The first version of Hololens was available for consumers but the Hololens 2 is strictly for enterprise users only. 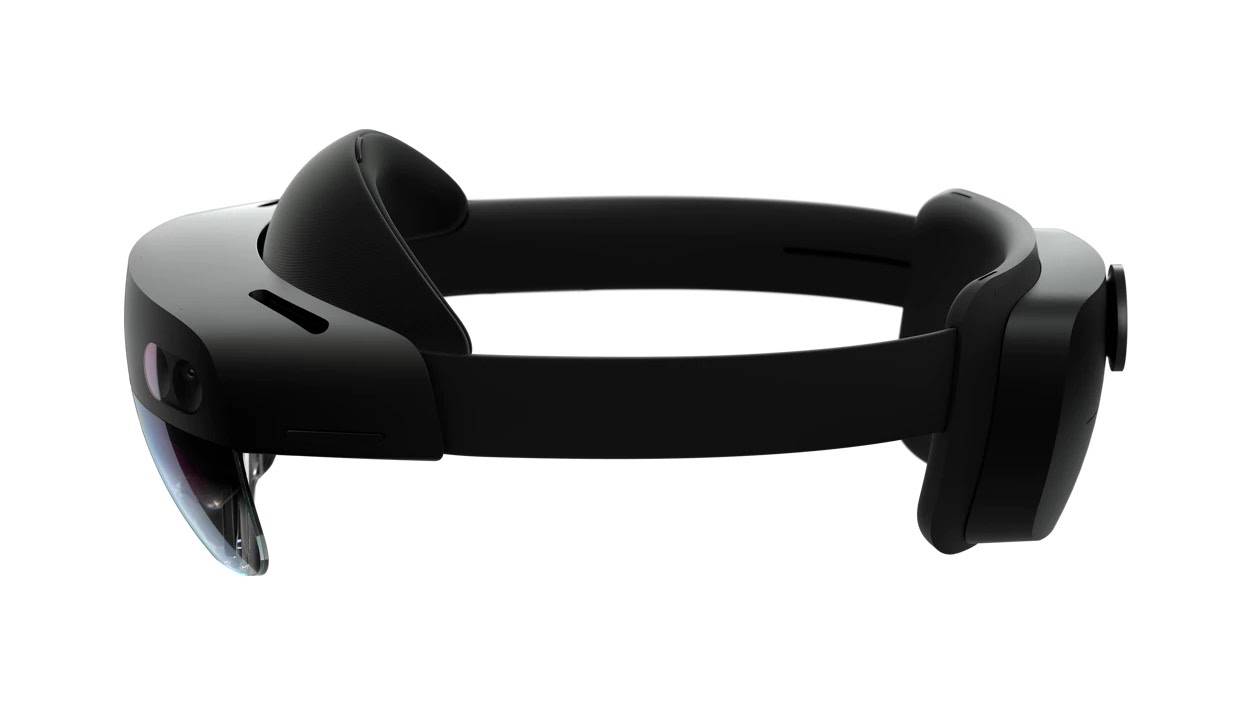 The applications of Hololens 2, as Microsoft presents it, are for workers and professionals who have to make do with smartphones and tablets for really complex jobs. Hololens 2 is designed for workers who need to interact with MR (mixed reality) objects and gain a deep insight into a design, model, etc., in 3-D space. The industrial implementations of Hololens vary but there is no denying the fact that it is a class apart product that offers augmented reality experience. Microsoft is pushing Hololens into military space for training and simulations and is expected to make billions in the process with its revolutionary design.

Neuralink is a brain chip implant envisioned by none other than the quirky billionaire Elon Musk, that aims to restore the cognitive abilities of a person suffering from partial or complete paralysis. The idea is to implant a chip in the skull that can restore the normal functioning of nerves. Neuralink has successfully completed the train run in monkeys and is now looking to run clinical trials in humans for evaluating the success percentages.

As per Elon Musk, the Neuralink will be implanted inside the skull and will charge wirelessly. It is a device that will be barely noticeable and will try to restore complete body functioning for patients with severe spinal cord injury. Neuralink is a very enticing prospect that attempts to solve real-world problems of spinal cord injury. However, it is too soon to even fathom the success rate and costs of Neuralink.

Related: Can your ECG Smartwatch Warn You About Heart Attacks?

Solar Ear is an ingenious attempt to solve the burgeoning problem of hearing aid, for individuals with hearing impairment. The hearing aid is widely accessible in developed countries but developing countries do not share the same fate. Moreover, the cost of a single unit can exceed 1000 USD, and that number is more than the average salary of people in developing countries. Solar Ear tackles this problem from a humanitarian perspective and sells a single unit for as low as 40 USD.

Getting a hearing aid at such a price point enables and empowers hearing-impaired individuals to communicate better. The cost of replacing the batteries of a hearing aid is very high and Solar Ear tackles that problem with a rechargeable battery unit. These batteries last much longer than the basic ones and do not require replacement for a very long time. Solar Ear might not sound like an impressive human augmentation product, but considering its impact on people’s lives, it deserves a spot on our list.

Bioprinting is not a product but a technique to print human body tissue using bio-inks. The method aims to create living breathing tissues with blood vessels that can be implanted in the human body. Bioprinting is not ready to be used on the human body yet but the idea of building living, breathing human tissue is surreal. Numerous research projects are devoting their time to studying the inherent flaws in bioprinting and making them economically feasible for patients. 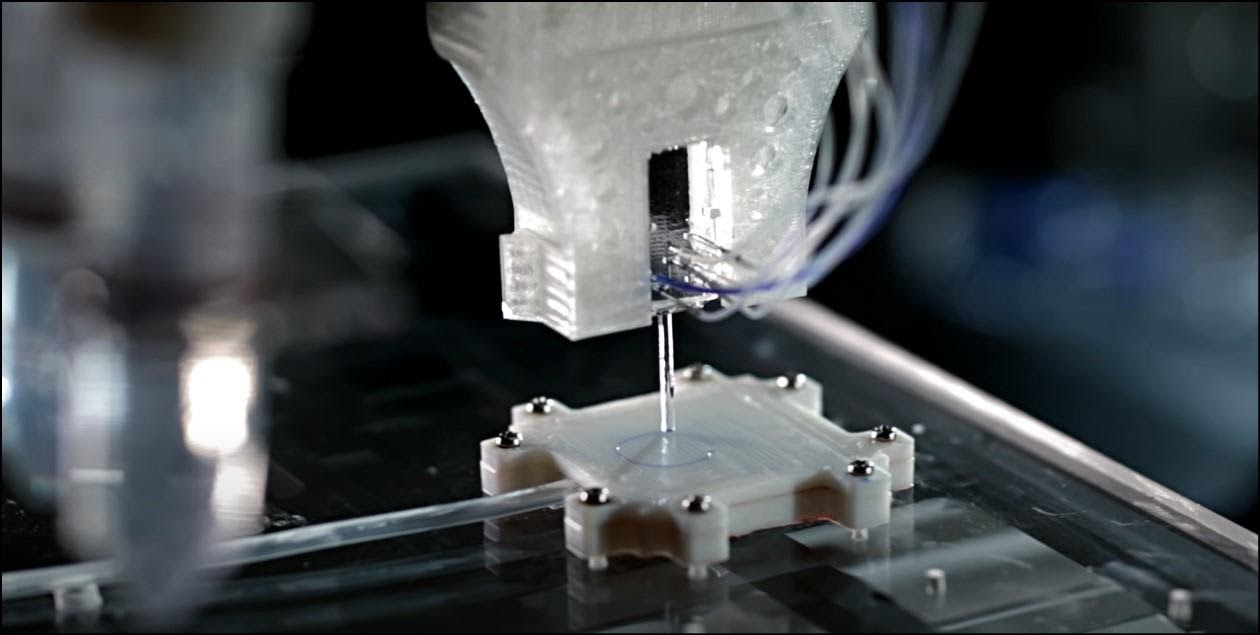 Many laboratories have successfully printed human heart, liver, kidneys, ovaries, skin grafts, etc., that survived for some time. These models died eventually but are still a shimmer of hope that it will become possible shortly. The printing is done using a product called biomaterial which is added layer by layer to create a lifelike tissue or organ. Once Bioprinting becomes doable, it could solve the problem of organ transplants on a large scale and would become a very useful human augmentation industry.

These were some real-life applications of human augmentation that exist today. The majority of them are in the developmental phase but that doesn’t deter them from trying to excel. The purpose of human augmentation is to benefit humans and some brands like Naked prosthetics already have working solutions for the target group. Affordability is a big problem in the human augmentation industry and even if a breakthrough product exists, it still needs to be economical enough for mass adoption.