A good battery life, built-in speaker, Alexa, and Google Assistant, and many more. Fitbit Versa 3 has seen a significant improvement over its predecessor

The Fitbit Versa 3 is one of the top smartwatches available for Android users at a reasonable price. We would like to say that it is an updated version of the Fitbit Version of Fitbit Versa 2 with additional features such as Bluetooth phone call support with the speaker, Google Assistant support, Built-in GPS and GLONASS support, and more. The Fitbit Versa 3 Price in India is quite reasonable, making it a worth-buy fitness accessory for many individuals across the country.

Fitbit Versa 3 smartwatch price in India is around Rs. 26,000 /-. If you like the features of this smartwatch and wish to purchase it, we suggest that you buy the Fitbit Versa 3 GPS Smartwatch Online as there are offers and discounts available on the product on and off.

A couple of things that we found a bit off about this smartwatch are the inability to provide Spotify support offline and the fact that several features are locked behind the premium subscription of the smartwatch app.

As we discuss the design and display, we must first talk about the 40mm AMOLED display. It is slightly bigger than the previous model, the Fitbit Versa 2, which had a display of 39 mm. The screen resolution has got an upgrade, and the Fitbit Versa 3 for men comes in a resolution of 336 x 336 pixels. If you think about the ‘dim settings’, yes, this model comes with beautiful ‘dim settings’, where you can view the screen from any angle. The overall screen display is clear and bright. The screen is of corning gorilla glass that provides strength to your smartwatch. The easy-to-change bands are another great feature that helps you to switch between bands easily, depending on your mood. It is water-resistant to up to 5 ATMs.

You will see that there aren’t any screen lags when you try to navigate the different menu options. It is available in 2 color variants, black aluminum, and soft gold. Soft gold is the choice of Fitbit Versa 3 for women, whereas the black variant holds the authenticity of the Fitbit smartwatch in general. This smartwatch comes with multiple watch faces to choose from, though the transition between these faces might take some time. 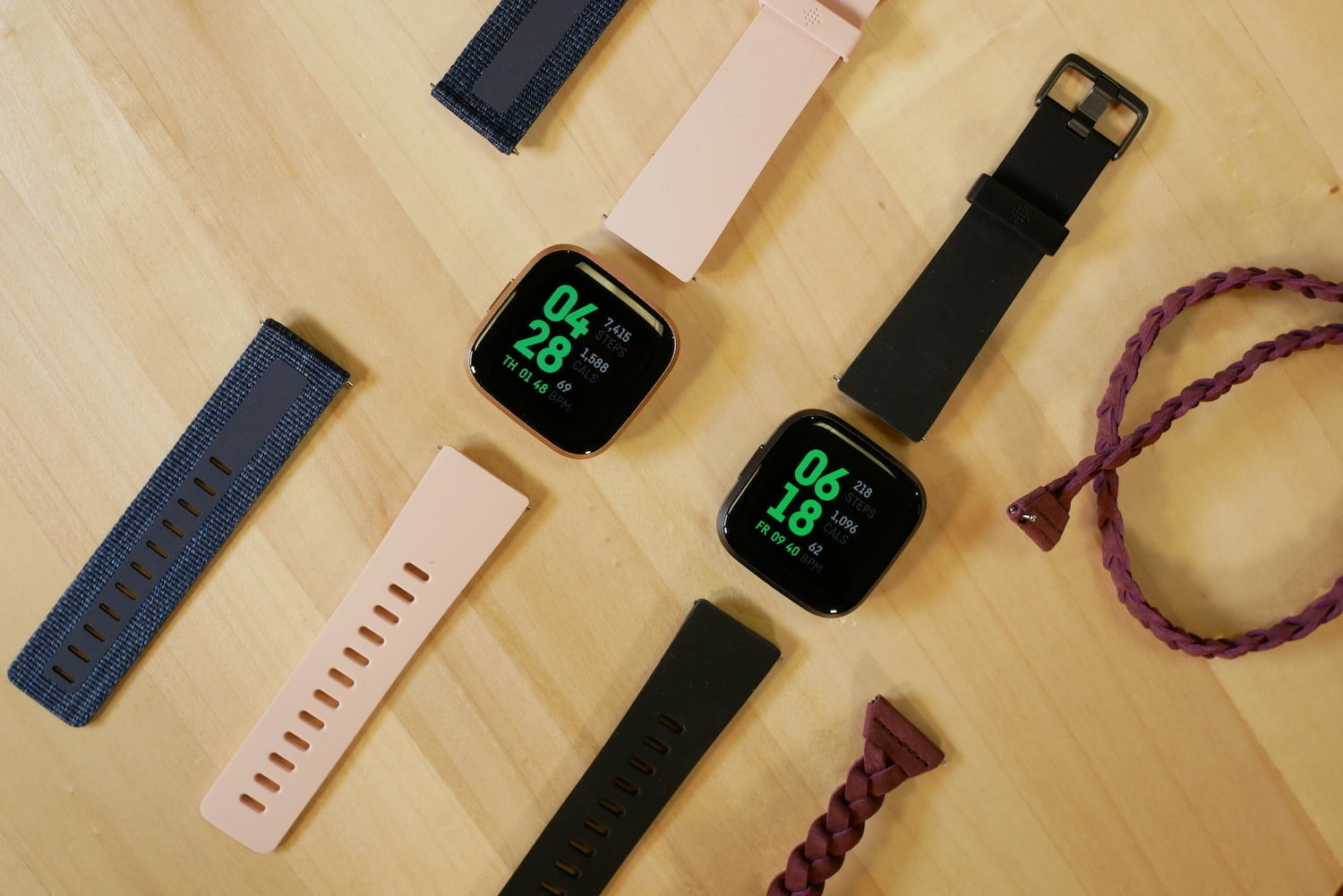 The Fitbit OS 5.1 is available in the Fitbit Versa 3. There are several features available with the Fitbit app, but quite a few of them are only available on the premium version. 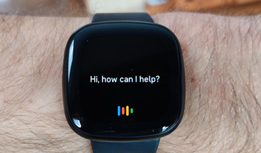 The Fitbit Versa 3 Price in India is around Rs. 8000/- less than the Fitbit Versa Sense. So if you are looking forward to tracking your health and fitness but not sure if you need to spend the extra amount for the Fitbit Versa Sense, Fitbit Versa 3 is the one to choose. There are enough fitness features to track your run, track cycling activities, hiking, 24/7 activity tracking, and sleep tracking. It has an active zone minutes tracking. Active zone minutes allow you to stay motivated by buzzing on your wrist as you hit the personal heart rate target set by you previously. It has a built-in altimeter and gyroscope. When you take on a workout with the Fitbit Versa 3, post the workout, you will be able to map the activity data immediately after the workout on the app.

This data would include the heart rate, pace, calories burnt, and more. You can see the heart rate zones and workout intensities throughout the workout session. The 50 ATM water resistance ensures that you can dive into the pool without worry about your fitness accessory. With this device, you can track your laps as well. In your Fitbit Versa, 3 helps you stay fit with its 20+ goal-based exercise modes. It records your exercise data in real time and tells you about the time stats as well. The in-app cardio fitness score helps you to understand your fitness levels and set your personal goals based on that. 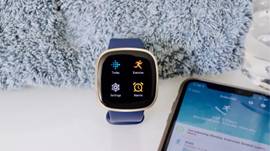 There is no limitation to the SpO2 tracking. With the latest software update, you will be able to track your blood oxygen level even while sleeping. 9 main SpO2 watch faces are available in the Fitbit App. Without these 9 recommended faces, you can only check the SpO2 on the Fitbit App. The Fitbit Versa 3 Price review says that it is higher priced than its previous variant, the Fitbit Versa 2, and it could be due to the amazing features, and one of it includes the power of the SpO2 tracking even in your sleep.

You can track your skin temperature and breathing rate also. The ECG feature is not available on this model. However, it is available on Fitbit Sense. You will not be able to see the detailed SpO2 reports, sleep and temperature data on the smartwatch. For a detailed insight, you will have to open the Fitbit app. It gives you the health metrics in detail.

This Fitness Watch from Fitbit is capable of identifying your stress pattern. You will get an in-app score to determine your stress levels. The feature gives the score by tracking your stress signs and symptoms and how your body copes with such stressful situations.

The Fitbit Versa 3 measures your breathing rate even in your sleep. It creates an average of your breathing patterns week-wise. You can track the data on the Fitbit App and look out for any notifiable changes in the pattern. You will find this data in the ‘Health metrics’ dashboard of the app.

Fitbit offers guided breathing sessions of 2 to 5 minutes which is customized only for you depending on your heart rate and other relatable health metrics gathered by the device.

The Fitbit Versa 3 comes with Built-In GPS that allows you to measure the distance, pace, and other tracking metrics in real-time. The integrated GPS allows you to track real-time movement and activity data. However, you will have to keep in mind that you need to manually select the workout mode to activate the GPS with GLONASS support. 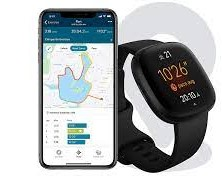 It comes with a small, magnetic charger that charges your Fitbit Versa 3 swiftly. Within 1 hour, you can get your Fitbit fully charged. The USB connector is small and convenient to carry around.

The Fitbit Versa 3 comes with the general music features as the other Fitbit models. You can stream music from music apps such as Spotify, Deezer, and Pandora. However, this model does not enable an offline music experience with Spotify. To play music from Spotify, you will always have to go online. Without the phone near you, playing music from Spotify is not available The internal storage is 4 GGB of which, 2.5 GB is available for storing your health and fitness data. However, you cannot upload local music with this smartwatch. 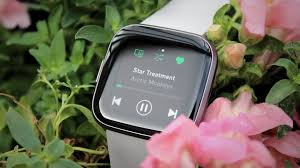 To use third-party features, you will need to have the Fitbit app on your phone. Some of the features, such as complete data of SpO2 and fitness tracking are available only on the Fitbit App. The app is very user-friendly, and you can also connect with other Fitbit users with the app. The Fitbit fitness community can help you stay motivated and on track with your fitness goals. You can use the Fitbit Pay app to make payments easily. 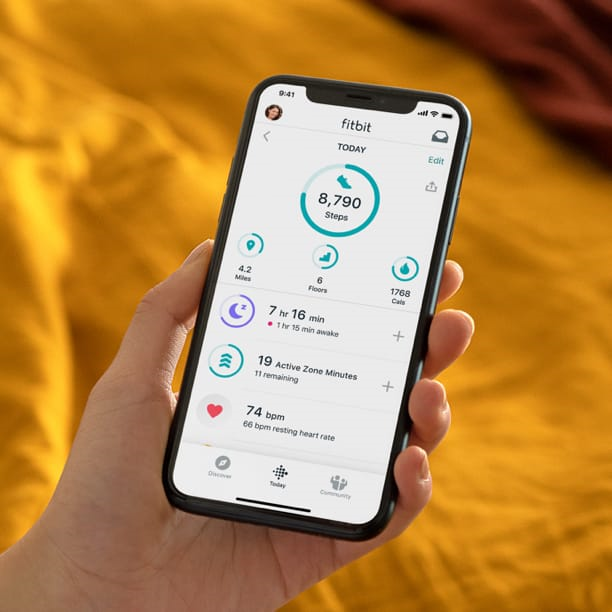 Fitbit Versa 3 is one of the top smartwatches on our list. It comes with the best smartwatch features that justify the Fitbit versa 3 smartwatch price.Its built-in GPS and always-on display are the features that we liked the most. It has a stunning display and accurate fitness tracking features. The addition of a speaker that enables you to receive calls and talk through the smartwatch is one of the reasons that makes this smartphone very convenient for users. The Google Assistant Support with the Alexa support gives you command options to choose from.

However, Fitbit could have worked upon the music feature to integrate the offline Spotify streaming option for the best interest of the users. The battery life is decent and good for those who use the smartwatch for its general features. Overall, the Fitbit Versa 3 Price in India is a value for the features that it comes with. In our Fitbit Versa 3 Price review we have discussed the smartwatch in detail to assist you to make the right purchase. Buy Fitbit Versa 3 GPS Smartwatch Online for the best offers. Check out Garmin Venu Review.