Smartwatches are way ahead of the wristwatch, which are without apps. The maximum innovation on the normal watch was the calculator. The Smartwatch uses the latest technology and helps you find solutions to your health office work and brighten your mundane life. Here are a few of the best smartwatch brands which have paved the way to a better life.

Best Smartwatch Brands to Buy in 2022 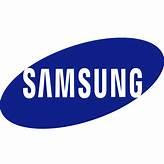 Samsung has launched its Smartwatch Galaxy Watch 4 recently. Over the years, ever since its first smartwatch launch in August 2018, Samsung has introduced many improvements in its features. The storage memory has been increased from 4 to 16 GB and the RAM from 768 MB to 1.5 GB. Moreover, even the OS has changed from Tizen to a much more versatile Wear OS 3.0. The improvements don’t stop there as the AMOLED used previously is Gorilla Glass now. With such advancements in Hardware, the software is not far behind.

Apart from the fact that the new Galaxy 4 is compatible with Android 8.0 only, the health apps face a tremendous boost comparatively. It analyses body composition, sleep analysis, and women’s health.

You can set the face of your watch now with four split screens. Fall detection with sensitivity has been introduced on the security front, which is an improvement over the 2020 model, making the wearer aware after it had fallen. SOS notifications are yet another new feature as they can prove useful during health emergencies, including loved ones. Samsung has their 24X 7 customer support, and they have made available their customer care number on the net. Hence, Samsung is our top pick in the best smartwatch brands category.

The Apple Smartwatch has always offered many variants every year since it launched the product in 2015. The hallmark of Apple watches is that there were improvements over the previous model until their latest offering in 2021, known as Series 7. The Series 7 has a larger display measuring 41 and 45 mm, respectively. The watch is brighter on the display by 70% indoors. The bezels are thinner by 40%, and the processor is one step- up with S7 from S6. The durability is enhanced with the crystal display being more resistant to scratches and cracks. Customer service in Apple is divided into two. One is to place orders online to buy the Smartwatch, and the other is the online support for customers with grievances.

Apple springs open a choice between LTE and Non- LTE. LTE features come in handy in emergencies, and you do not need your iPhone. The Non- LTE variant has GPS along with Wi-Fi. Thus, Apple provides choices for its customers. Much is expected of the new watch, which will be launched in September 2022 with improvements in Health monitoring, battery life, and design. Hence, Apple is our Rank 2 in the best smartwatch brands category.

Ever since the launch of its first smartwatch Forerunner in 2003, Garmin has established itself throughout the world by releasing more than a dozen through the years. Its latest launch, Garmin Venu 2 and Venu 2 Plus would justify its innovations in technology from the Forerunner. It has a touchscreen, and the battery life lasts for eight hours of music. The storage is quite palpable as you can load 650 songs along with two hours of current data. The display in AMOLED has all the sports and fitness features that a professional would be content with.

The customer service is impeccable with a customer support telephone number and email, leave alone lodging your woes on Twitter and other social media platforms. The new voice assistant feature is compatible with Siri, Bixby, Hello Google, etc. The health apps have received a further boost. It’s available in two variants now, Venu 2 and Venu 2 Plus, and the latter are encased in a Gorilla Glass. There is a lot of anticipation about the new launch in February 2022, and speculations are running wild. Hence, Garmin is our Rank 3 in the best smartwatch brands category. 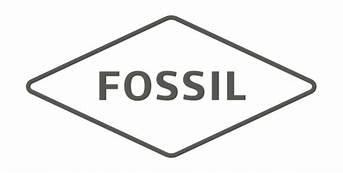 From being a fashion watchmaker, Fossil raised the standards of smartwatches by launching its own in 2016 and has been doing so every year with improvements guaranteed. It is the sixth generation (Gen 6), but there are only minor improvements over the previous watch (Gen 5). The notable improvements are the two variants and many color options. In addition, the Bluetooth connectivity is enhanced along with the latest chipset of Snapdragon.

Fossil sells worldwide, with India heading the list in terms of sales. Customer service is impeccable with them as they receive your calls any day of the week, and there is a Support page on the web which can give you most of the solutions. Expectations hovering around the 2022 launch are many, but it could be Gen 6 only with ‘ Alexa’ added to it. Hence, Fossil got a place in our best smartwatch brands category.

Launched as a Smart Band in 2015, Amazfit entered the Smartwatch race in 2016 and has been consistent with its new products and variants every year. They are proud owners as they use their chipset, which is also used in their 2021 version named GTX 2. It has many health apps, including heart monitoring and a sizable 3 GB for storing music. The mic and speaker are inbuilt to facilitate phone calls. The straps come in various colors, and the AMOLED is protected by tempered glass.

The battery does last for five days, and the measuring apps work perfectly. The presence of Amazfit is all over the world, especially in India, Europe, and the USA, and the customer service is in place. Even though the GTS 3 is considered the best among all Amazfit releases, the rest do not disappoint as we await the next launch in 2022. Hence, Amazfit is our Rank 5 in the best smartwatch brands category.

Skagen is a Danish smartwatch and is a subsidiary of the Fossil Group. It was only in 2018 they made their entry into the smartwatch niche with their Android 2.0 Powered Wear but garnered patronage quickly. Their touchscreen watch is called ‘ Falster’, whose design is minimalistic. It has two variants and is made durable with its stainless-steel casing. They endeavor to increase battery life, and hence the watches would have a darker design.

Google Assistant is available for voice commands, and the watch is compatible with iOS devices and android. Skagen has service centers, and a Return Policy backs up a phone line for customer grievances and guarantees. The new Skagen expects it to suit even the smallest of wrists and the rest to stay the same, including Health/ fitness apps. Hence, Skagen got a place in our best smartwatch brands category.

Fitbit is engaged in manufacturing two kinds of products; One was the tracker, launched in 2018, and the last one in 2021. Smartwatches were the other product initiated in 2019, with the latest Fitbit Charge 5 released in August 2021. The Charge 5 is sleeker than the Versa 3 model of 2020. The price is lower, and the features are enriched in Charge 5. The battery life is extended to 7 days from 6, and the ECG feature is added. Fitbit sells worldwide as it has a competitive edge with its range and prices. Customer service is through ‘ Fitbit help’ and can take your calls anytime. Hence, fitbit got a place in our best smartwatch brands category.

Smartwatches are evolving fast, and it just takes a couple of years to outdate the one you purchased a while ago. Therefore, it’s best to buy a smartwatch from the above list of popular smartwatch brands.

0
Certain home decors boost the ambiance but serve no other useful purpose other than that. However, other products liven up your home and, at...
Read more

0
You can not be omnipresent, but smart devices can be. To protect your house and maintain ample security you can place multiple types of...
Read more

0
Normal smartwatches are no good for individuals who endure harsh environments and terrains on a daily basis. This includes law enforcement officers, soldiers, paratroops,...
Read more

0
Why should you install the smart life app on your phone right now? Smart Life apps have been great innovations in the market of smart...
Read more

0
Certain home decors boost the ambiance but serve no other useful purpose other than that. However, other products liven up your home and, at...
Read more

0
You can not be omnipresent, but smart devices can be. To protect your house and maintain ample security you can place multiple types of...
Read more

0
Normal smartwatches are no good for individuals who endure harsh environments and terrains on a daily basis. This includes law enforcement officers, soldiers, paratroops,...
Read more

0
Why should you install the smart life app on your phone right now? Smart Life apps have been great innovations in the market of smart...
Read more

0
Boat Earphones is now a household brand name in India. With the advent of high-speed internet and an increase in content consumption, boat became...
Read more