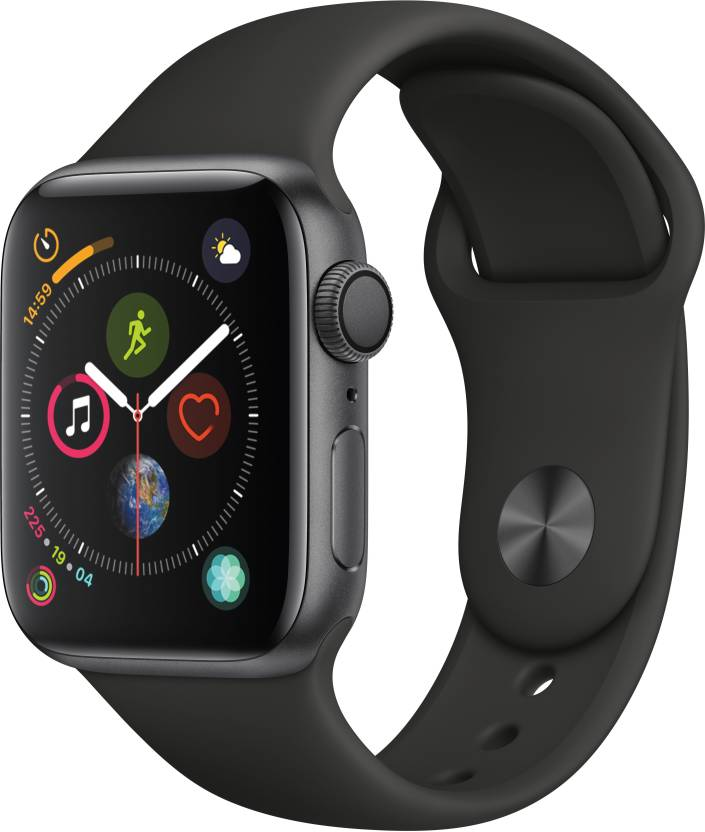 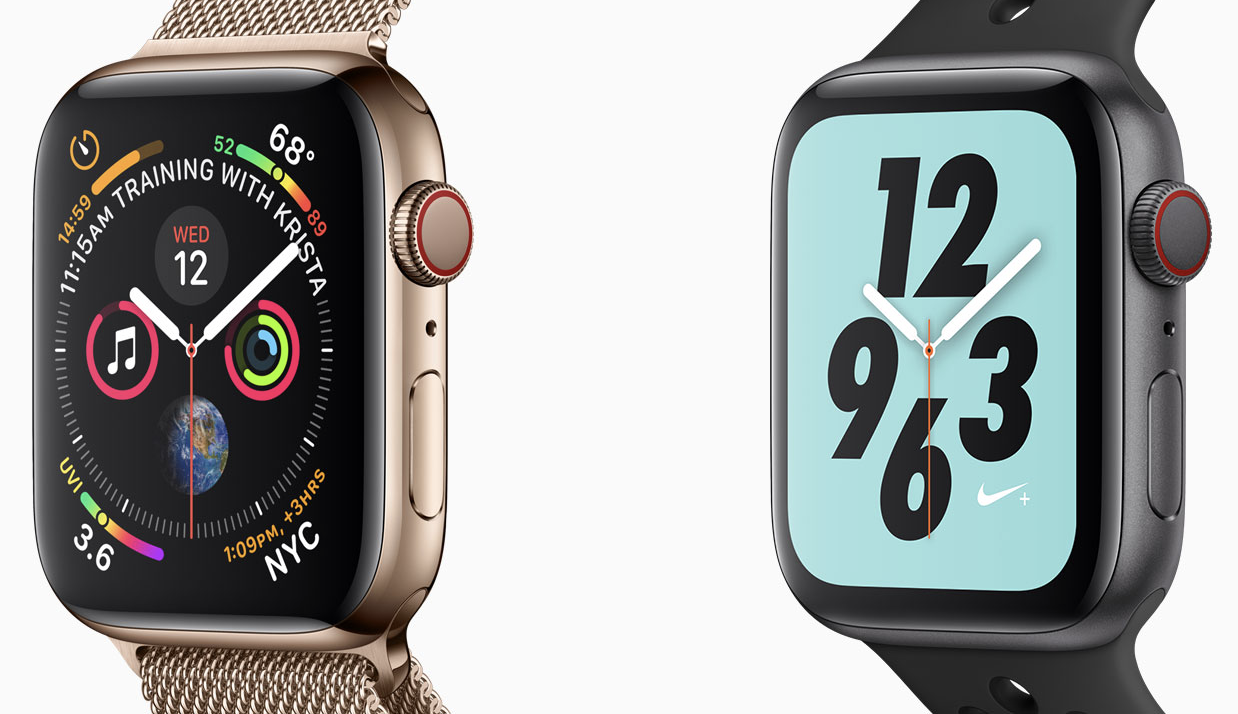 As per Apple Series 4 Review the design has not changed much with respect to the build of the watch and it’s always been the case with Apple watches. It’s already stylish and looks premium. So there is little room to make any drastic changes to the body design.

If you already own a Series 3 watch, you would notice bezel spaces at the edges. Check once the Apple Series 4 Review Apple stripped away the extra bezel spaces around the edges in the Series 4 Watch. This leaves more space for the screen display and it’s a huge deal for people who do not like bezel spaces eating up the screen. The extra screen size for the Series 4 would make it easier to read the notifications, and the bigger app icons make it easy to make selections in the navigation menu.

The display can go up to 1000 nits which is good enough to read the screen under bright sunlight.

The feature that not many people would notice is the Series 4’s speaker. It is a phenomenal speaker with a loud voice and superior quality compared to any other competitor in the market. Series 4 speaker is ~50% louder than the previous generation of Apple Watch speakers.

We have more gorgeous watch faces directly released by Apple. They are quite stunning and if you are not satisfied by the default design, you get to choose a ton of them through third-party apps.

Series 4 took a giant leap with respect to the health features. It has an ECG app that can track electrocardiograms and a check for measuring irregular heartbeat that can tell if you are experiencing atrial fibrillation (AFib). Definitely, Apple has big plans for health and fitness.

Are you saying ‘What’s the big deal with heartbeat’? A high resting heart rate may be indicative of bad health habits (not always). Irregularities in heart rate with age and demographic may provide useful insights. This feature will only improve going forward and Apple Watch may as well become a doctor on your wrist, of course for specific use cases.

We also have fall detection. It works pretty well. If you intentionally try to fall without much of an impact, the fall detection won’t react. Looks like the feature is pretty accurate. Check the video below from the Wall Street Journal to understand the accuracy of fall detection features.

The fourth-generation S4 processor is significantly faster than its predecessors. So you don’t need to wait and glare at your screen to check notifications or to download emails.

Siri, the voice assistant on Apple Watches, works the best with the improved processing power. Integrating voice assistants to smartwatches is no easy job. Fitbit Versa 2 has ‘Alexa’ that cannot even send messages, and ‘Bixby’ in Galaxy watches have issues with accuracy and performance. Google Assistant integration in WearOS depends on the smartwatch itself since Google does not have a flagship smartwatch yet.

While Google can use its search engine to do a better job in answering more complex questions such as “Why is it difficult to get views on YouTube?”, Apple Watch does a better job of integrating watch components and smartphone features to the voice assistant. For instance, you can now control your smart regulator using Siri in the smartwatch instead of using Siri on the iPhone. Pretty much everything Siri does on the iPhone can be done using Siri in the Apple Watch too.

If you ever get confused about whether to buy a GPS watch or a watch with GPS + Cellular function, just ask yourselves “In what scenario would I not carry my smartphone while going outside?” Carrying a smartphone in your pocket while going for a workout is pretty normal.

The cellular function allows you to access SMS messages or answer calls while you are out with your smartwatch without carrying your iPhone. I would do that only while going for a swim. It does not cut the deal for me if I have to pay an additional 25% for just getting the cellular function.

Heart rate monitoring is the best in the business. Accuracy is on par with the Apple Watch Series 3. As mentioned above, ECG and the ability to detect atrial fibrillation are big additions to heart performance monitoring.

Series 4 can detect some workouts such as running automatically (helps me if I forget to end the workout after I stop running). Since the watch has an in-built GPS, you get to have route tracking and increased accuracy in distance and pace metrics.

You have numerous workout modes. Needless to say, all the metrics are nicely displayed in your Apple Watch app.

You can unlock your MAC using your Apple watch. Set reminders, use Maps on the watch screen, use Apple Pay for NFC payments, find your iPhone, make calls, play music, track your menstrual cycle, and many more using the Apple Watch Series 4.

Spotify support is pretty good. With the latest update, you can download the Spotify playlist to your watch for offline listening. Compatible podcast apps such as Overcast sync nicely to the Apple Watch. Other controls such as play/pause/next song function as expected.

Series 4 does not provide a meaningful increase in battery life compared to Series 3. Apple Watch Series 4 lasts about 24 hours. The battery life is less compared to the Fitbit Versa 2 and Galaxy Watch. Give the watch does many more things than its competitors, I do not consider it as a major negative factor.

By adding ECG and higher RAM with a fast processor, Series 4 showed major improvements in the fitness features and hardware performance. Battery life still needs major improvement. The advertised 18 hours is not enough for sleep tracking (I would want to charge my watch during this period). Removing the bezel provided extra screen space for better readability in Series 4. If you are upgrading from Series 3 to Series 4, I would give serious consideration to the Series 5 Watch. But if you are using 1st generation Apple Watches, it’s a no-brainer to go for the Apple Watch Series 4.